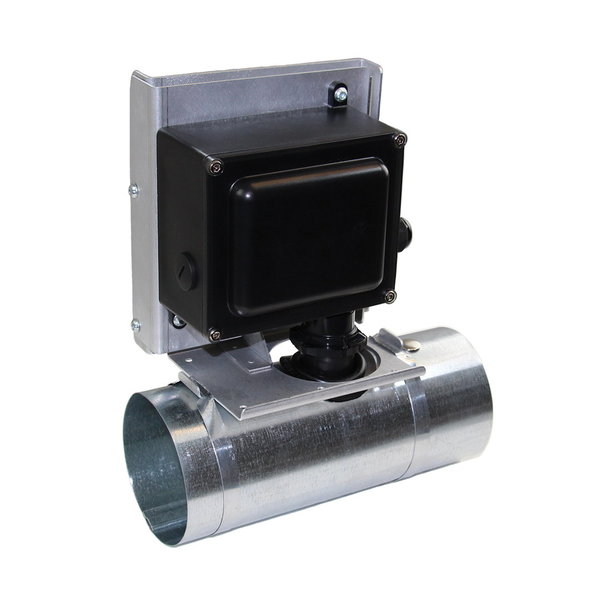 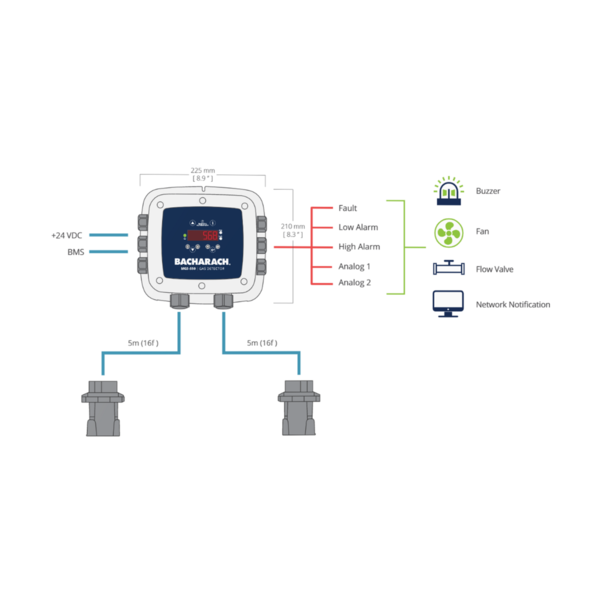 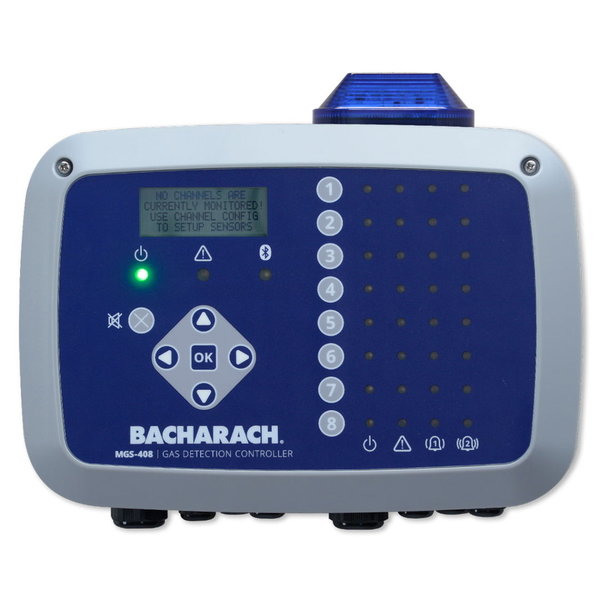 The gas detector MGS-550 can be equipped with up to 2 sensors to detect various refrigerants, flammable gases or toxic gases.

Various sensor technologies, such as electrochemical sensors, semiconductors, catalytic sensors or infrared sensors, are used. The sensors are either attached to the housing or they can also be connected as remote sensors. A variety of refrigerants, flammable and toxic gases can be detected.

The MGS-550 can also be easily connected to the MGS-408 gas warning center or to a central BMS control unit (MODBUS). Of course, it can also be used as a stand-alone device, as alarm devices can also be controlled directly on site by means of the three installed relays.

The simple sensor replacement is another plus. A sensor can be installed on site by the user himself at any time. This means that the MGS-550 can also be converted from a 1 sensor device to a 2 sensor device on site. In addition, a sensor can also be replaced with another sensor, so that the conversion to another refrigerant does not pose any problems for the user. The user can simply install another sensor that detects the new refrigerant.

The two analog outputs can be assigned redundantly or specifically to a sensor. The simple program structure allows easy installation and maintenance.

The following gases can be detected:

If you need to detect other gases, please ask us.